UCC-APC and the Ukrainian community will deeply miss Gene’s dedication and commitment. His passion for and support of arts and culture was felt throughout his work in the various projects and committees that he served. He cared deeply about his family, his community and his province.

Gene was a teacher, an administrator and professional musician before going into politics. After being the Executive Director for the Alberta Ukrainian Canadian Centennial Committee, Gene began his political career in 1993.

While in government Gene had an instrumental role in the development of a formal relationship with Ukraine; including two official government visits, the signing of a Memorandum of Understanding between the Province of Alberta, Ivanko Frankivsk and Lviv oblasts, and the establishment of the Advisory Council on Alberta–Ukraine Relations (ACAUR). Further to this, Gene supported the Alberta Ukraine Genealogical project and helped ensure the creation of a permanent Centennial Pioneer Recognition monument at the Ukrainian Cultural Heritage Village.

In 2008, the Honourable Gene Zwozdesky introduced Bill 37 “The Ukrainian Famine and Genocide (Holodomor) Memorial Day Act” in the Alberta Legislature, This bill recognized the Holodomor as genocide and proposed to recognize the fourth Saturday of every November as Holodomor Memorial Day. In recognition of his initiative and efforts, Gene was awarded the Order of Ukraine Medal from the Government of Ukraine, and the Shevchenko Medal from the Ukrainian Canadian Congress.

After retiring from politics, Gene dedicated his time, energy and talents to volunteerism. As the volunteer Executive Director for “Svjato 25”, Gene produced a musical extravaganza celebrating 25 years of Ukraine’s Independence. In 2018, Gene served as head of the UOCC (Ukrainian Orthodox Church of Canada) national committee. This committee was responsible for overseeing the events taking place across the country in celebration of the church’s 100-year anniversary.

In 2016, Gene Zwozdesky was the recipient of the Luchkovich Award. This award, from UCC-APC, is given in recognition of significant contributions and dedication to the betterment of all Canadians.

Quote: UCC-APC – Olesia Luciw-Andryjowycz, President,
“Our Ukrainian Community has lost a great Leader! Gene created a vision for the future in whatever he undertook. He modeled transformational leadership in inspiring and engaging people. He had the passion, courage and commitment to take on many challenges, new directions etc. Our entire community is deeply shaken by Gene’s passing. May his memory be Eternal. Вічная Пам’ять.”

Quote : AUDA – Alberta Ukrainian Dance Association – Gordon Gordey, Past President:
“AUDA extends our deep sympathy to the Zwozdesky family. Gene was a cornerstone of the advancement and recognition of the “art” of Ukrainian dance in Canada and Ukraine. As a composer, arranger, and conductor, he set the international standard for Ukrainian dance music that was fully integrated into telling the stories of narrative dance theatre. Whether it was for Cheremosh, Shumka, or Tryzub his music exemplified his mantra that: “50% of what you see is what you hear”. His compositions and arrangements of various Hopaks will continue to bring audiences to their feet for decades to come. Vichna Pamiat’.”

Quote: ACUA – Alberta Council for the Ukrainian Arts – Deborah Stasiuk, President
“The Ukrainian Arts community extends our deepest sympathy to the Zwozdesky family. Gene Zwozdesky’s influence on the world of music is immeasurable. One could not help but smile when you saw Gene walk into a room with a mandolin under his arm, his passion and genuine love for music was infectious. Gene tirelessly inspired, supported and mentored many generations of musicians. Gene was a valuable, loved member of the arts community, he was our friend and he will be deeply missed by all. Gene was The Music for so many people. May his memory and music be Eternal”

View this release as a PDF by clicking here. 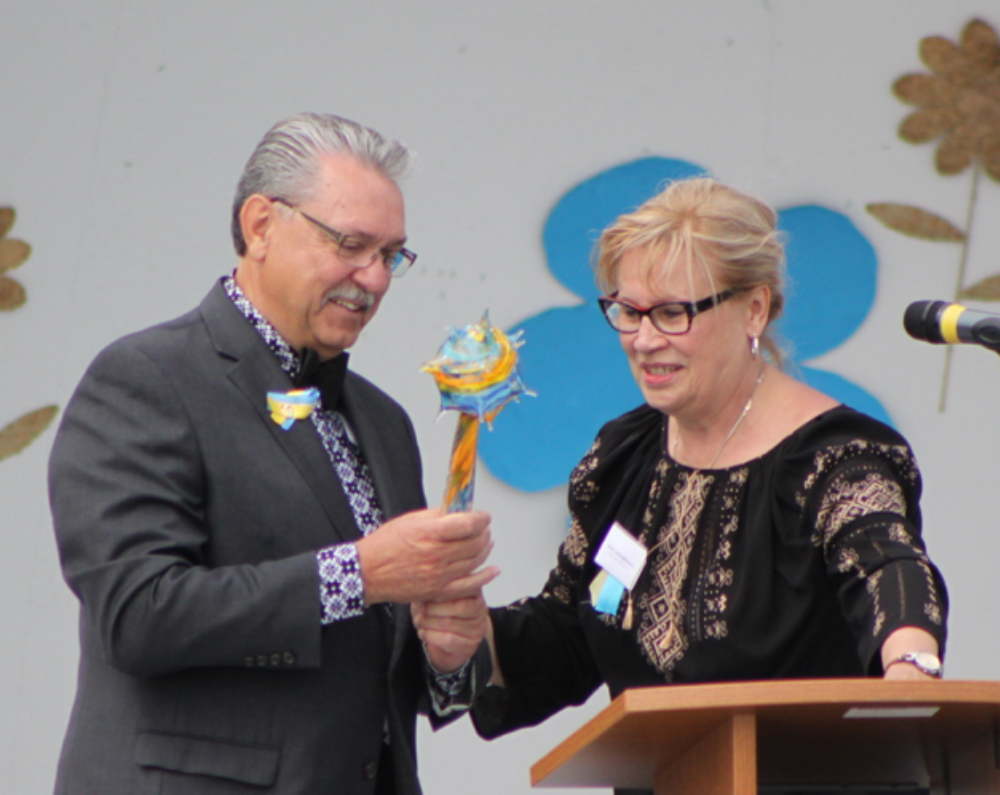 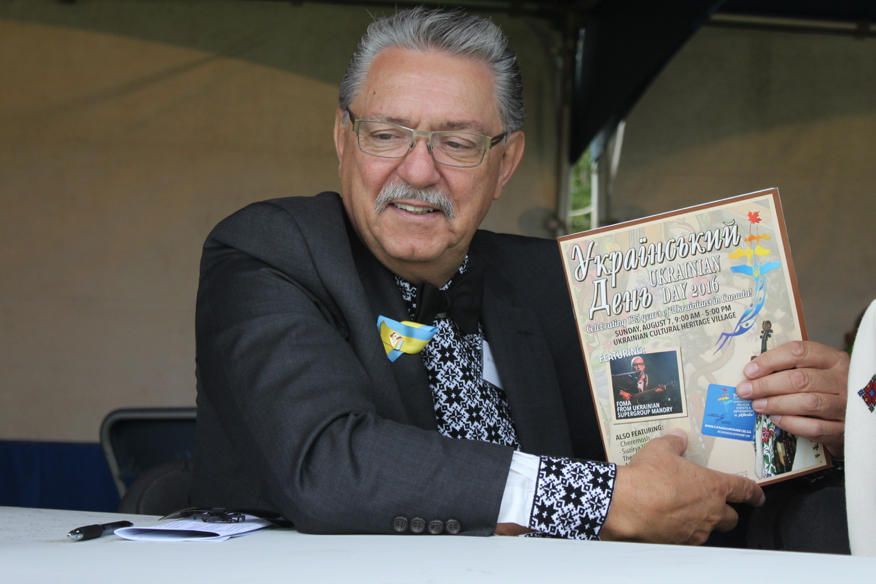